The story of Marcion (85-160 A.D.) goes well beyond just his transcription of the first Christian bible in 144 A.D.

In fact, there wouldn't be a New Testament if it wasn't for Marcion of Sinope, say religious scholars. And recently, the Vatican Library released a trove of ancient manuscripts with Marcionite attribution to the Epistles  of Paul. But it's important to remember that The Very First Bible and Marcionism are two separate things (you don't have to be a Marcionite to believe in the first Christian bible).

In the 2nd century, Marcion noticed the obvious differences between the deity of the Hebrew bible (Old Testament) and our Christian God and concluded they were not the same - he wrote a book detailing and outlining his observations and the supporting facts. Later, he presented his case to the Church authorities of the time and was immediately excommunicated. The book was titled 'Antithesis' and every known copy was hunted down and destroyed over the centuries. 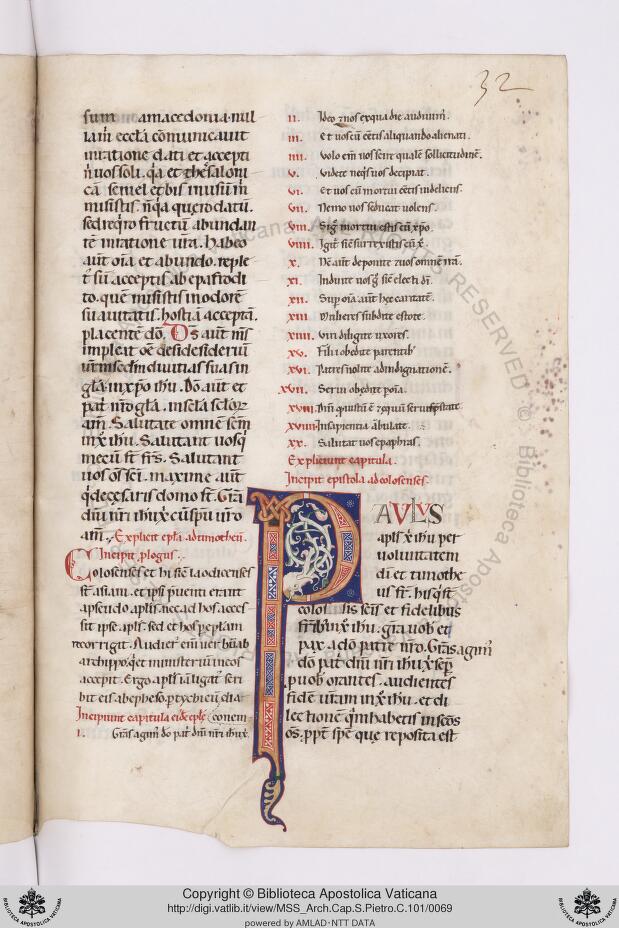 We know of the book and some of its contents because religious and political authorities hired a plethora of writers and philosophers to attack and smear Marcion and those who adhered to the first and true bible. But they made the mistake of quoting from 'Antithesis' directly and because their books survived, Marcion's writings did as well.

It's interesting to note that all of the writers who attacked Marcion did so only after his death when he was unable to respond to or refute their assertions. Some, like Tertullian in his 207 A.D. books 'Adversus Marcionem, (Against Marcion)' even went so far as to attack Paul the Apostle, calling him "the apostle of heretics." Far from the 'defender of the faith' as some Marcion-haters would have you believe, Tertullian (later banished from the church) spent much time writing about women's fashions of the day and was dismissed out of hand by Saint Jerome with the words, "As to Tertullian, I have nothing else to say except that he was not a man of the church." 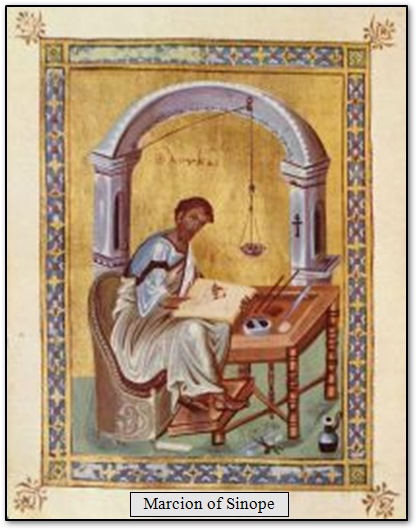 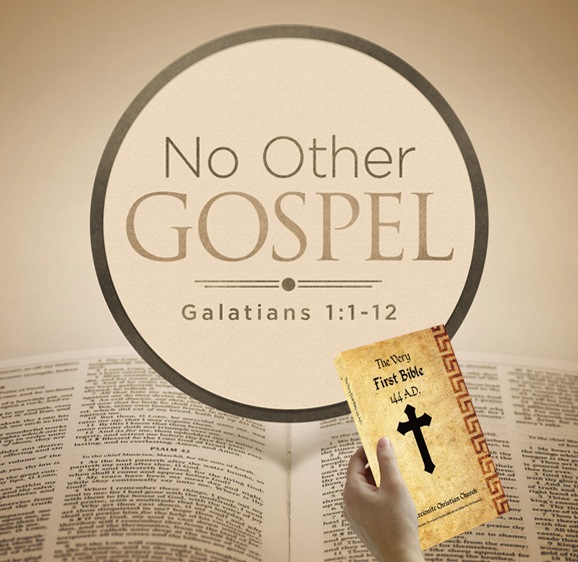 Many of Marcion's critics claim he 'edited the bible.' This is a tired, worn canard and trope that has been thoroughly debunked. How do you edit something that didn't exist at the time? In fact, most biblical scholars now agree that that were it not for Marcion, there wouldn't even be a New Testament in the modern bible.

Lastly, there have been attempts by bible judaizers to smear Marcion and link him to gnosticism. This is simply false. Marcion or his church never subscribed to the notion of gnostic 'secret knowledge.' In that Marcionism predates the Catholic Church by hundreds of years the charge of 'heresy' also doesn't hold water.

Recently, the Vatican Library released an ancient manuscript recognizing Marcion's role in the translation of Paul's Epistles from Greek to Latin. Read The Very First Bible as Marcion transcribed it in 144 A.D.

Christians owe to Marcion the idea of a New Testament

It had occurred to no one before and can best be understood as originating in the context of Marcion’s rejection of an Old Testament base for Christianity.

Christians owe to Marcion the particular form of the New Testament

The equal standing of the letters of Paul with the memoirs of Christ’s life is something that would not be expected in a sacred literature from any precedent up to that time.

...and consequently in the subsequent Christian tradition generally. Many of Marcion’s contemporaries had all but forgotten Paul, or subsumed him within the broader apostolic mass.

...rather than in an oral tradition of interpreting Jewish scripture, or in a scriptureless system of authority and practice like most Greco-Roman religions of the time. - Jason BeDuhn
Professor, Comparative Study of Religions
Department of Comparative Cultural Studies
Northern Arizona University 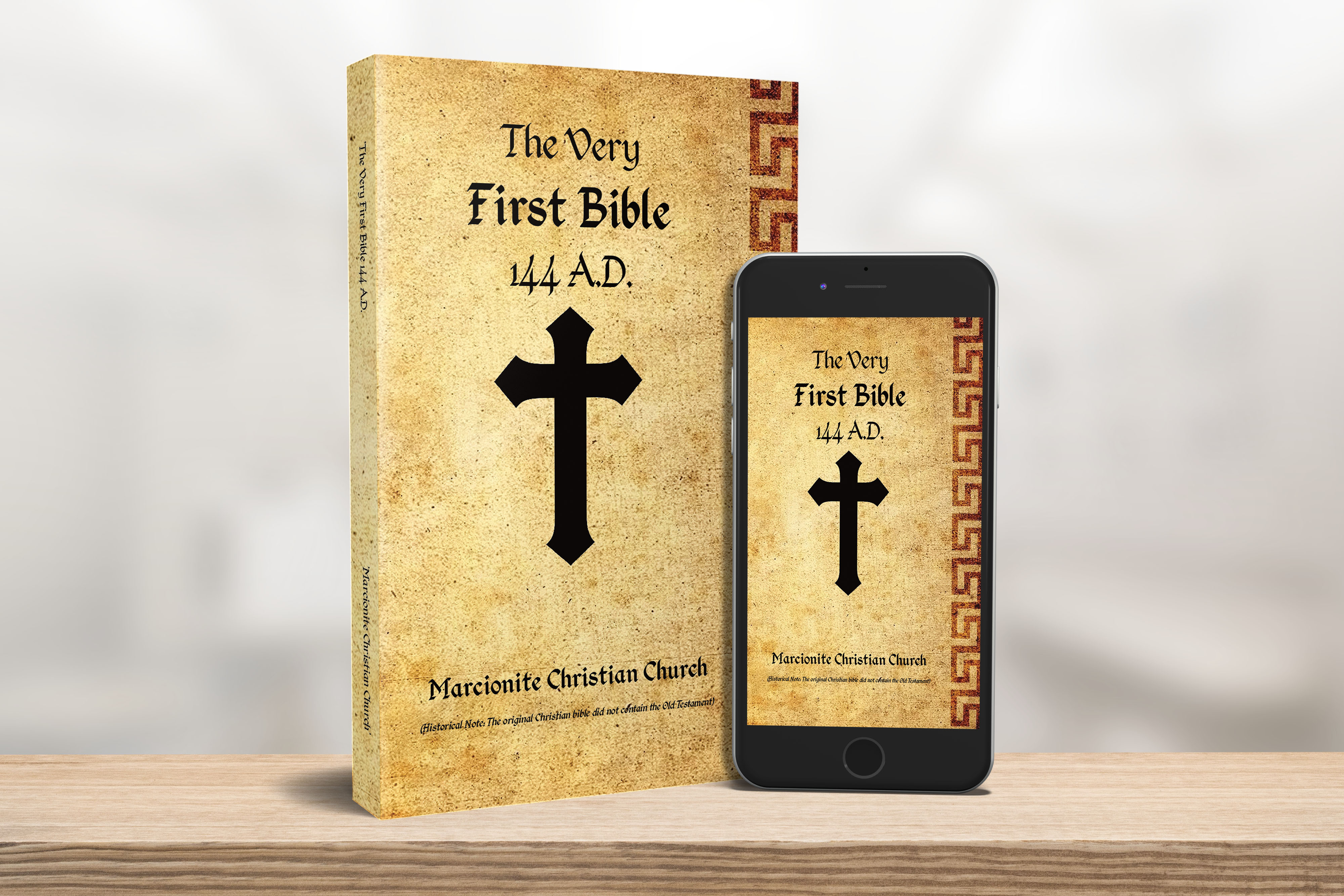 "For if righteousness come by the (Hebrew) law, then Christ died for nothing." (Galatians 2:16)


"But I certify you, brethren, that the gospel which was preached of me is not after man. For I neither received it of man, but by the revelation of Jesus Christ." (Galatians 1:8-9)

Reconnect with the first Christians

Get special podcast updates and news.